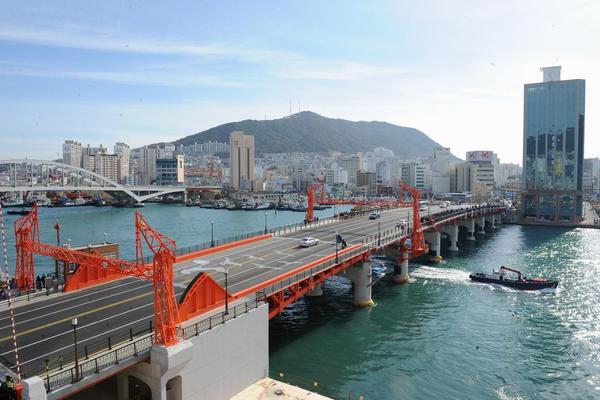 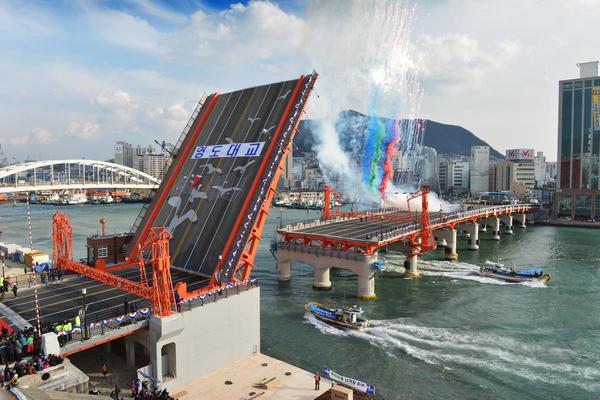 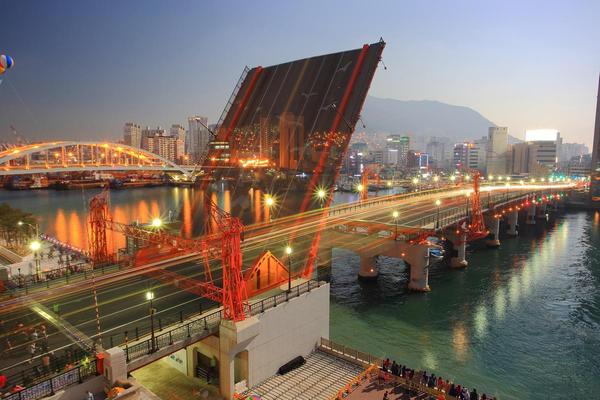 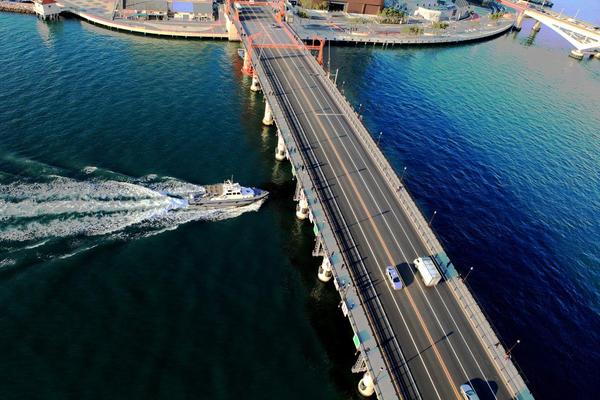 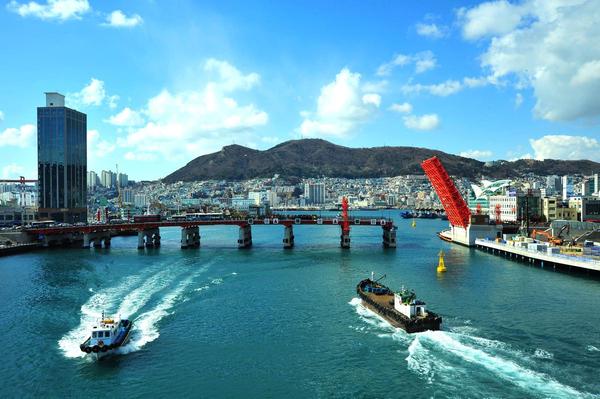 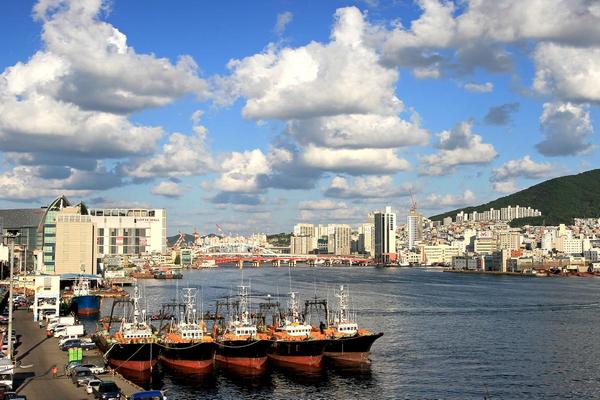 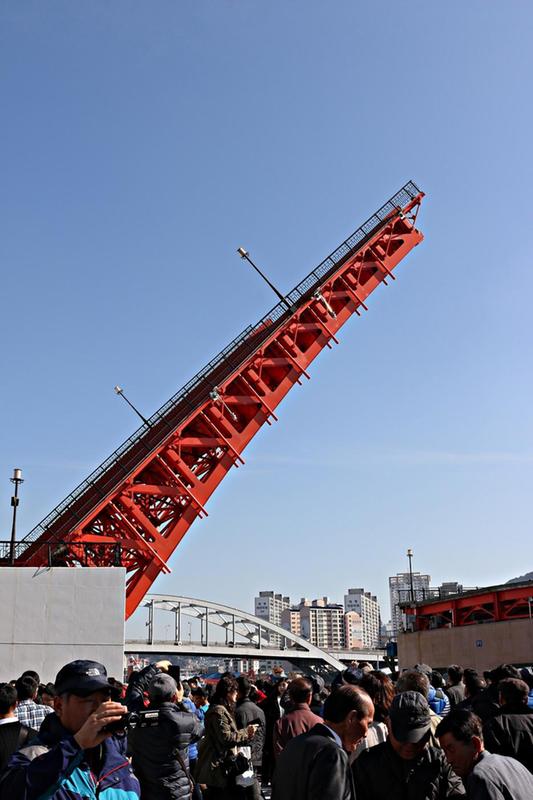 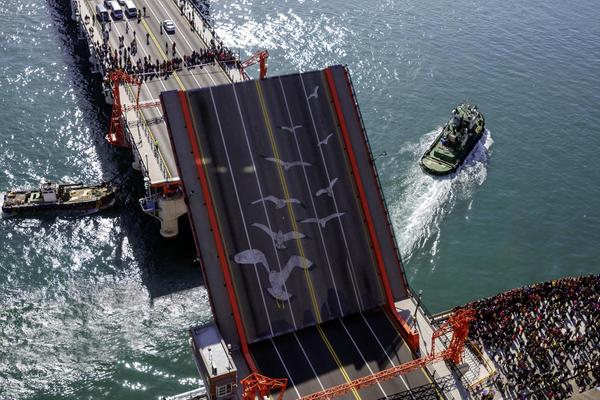 Yeongdo Bridge which opened in 1934 was the first bridge connecting Yeongdo island to the mainland in Busan.
It was also Korea’s first drawbridge that lifted 7 times day, allowing the vessels to pass. It was one of the greatest landmarks of Busan, offering a great bridge lifting sight.
With the increase of population and traffic in Yeongdo, the lifting of the bridge stopped on September 1, 1966 but on November 27, 2013, the bridge road was expanded to 6 lanes and was opened again.